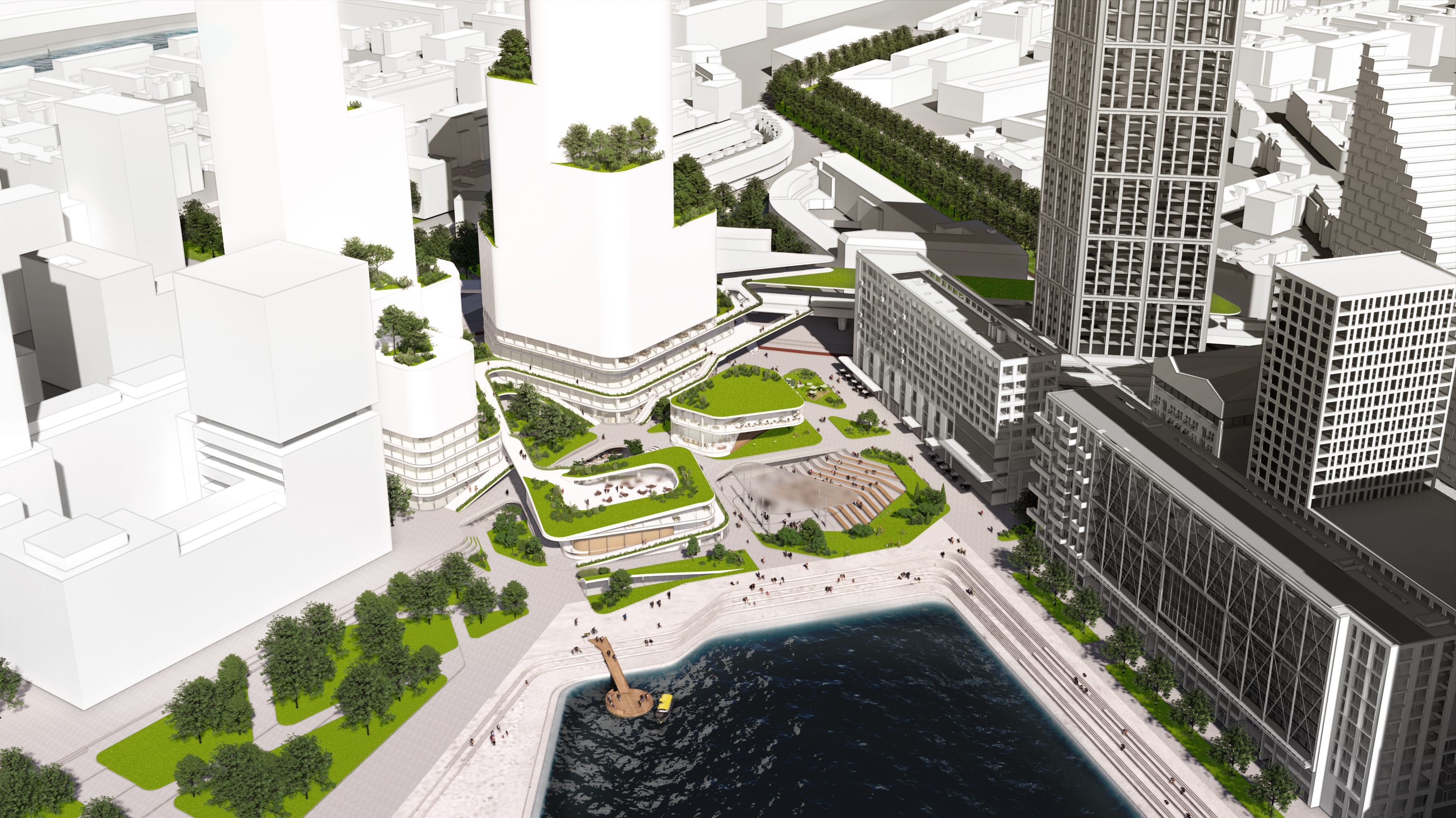 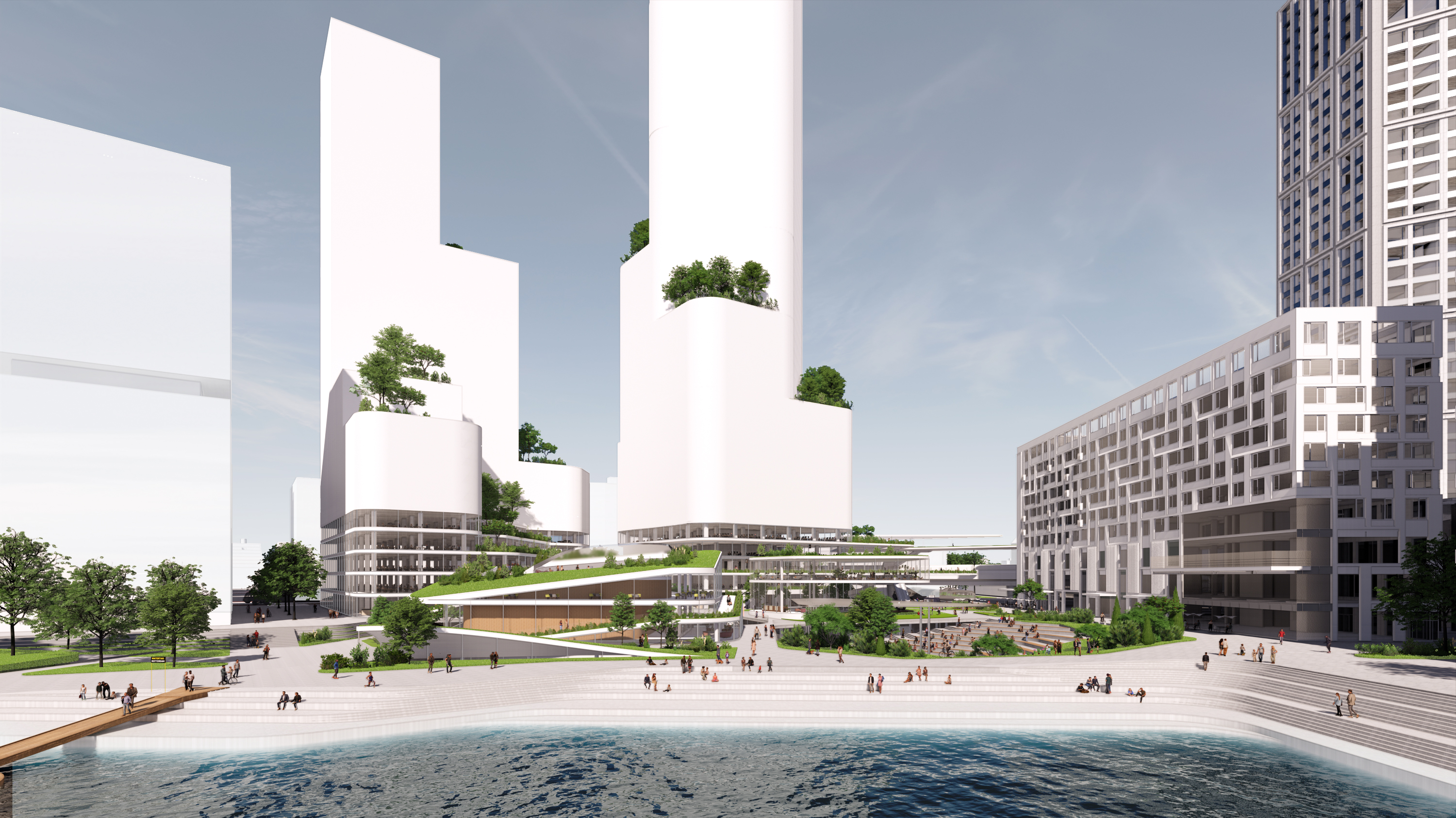 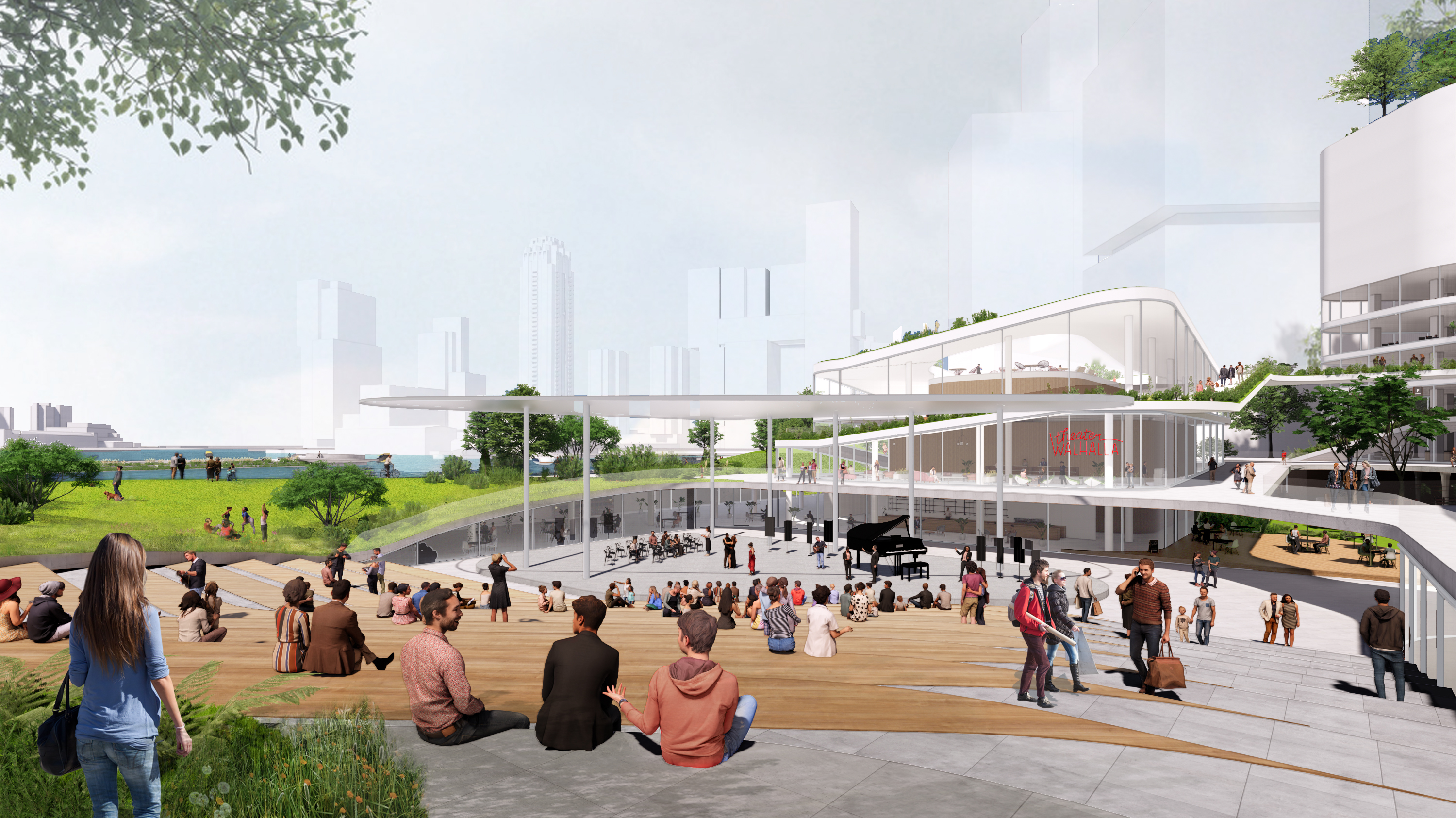 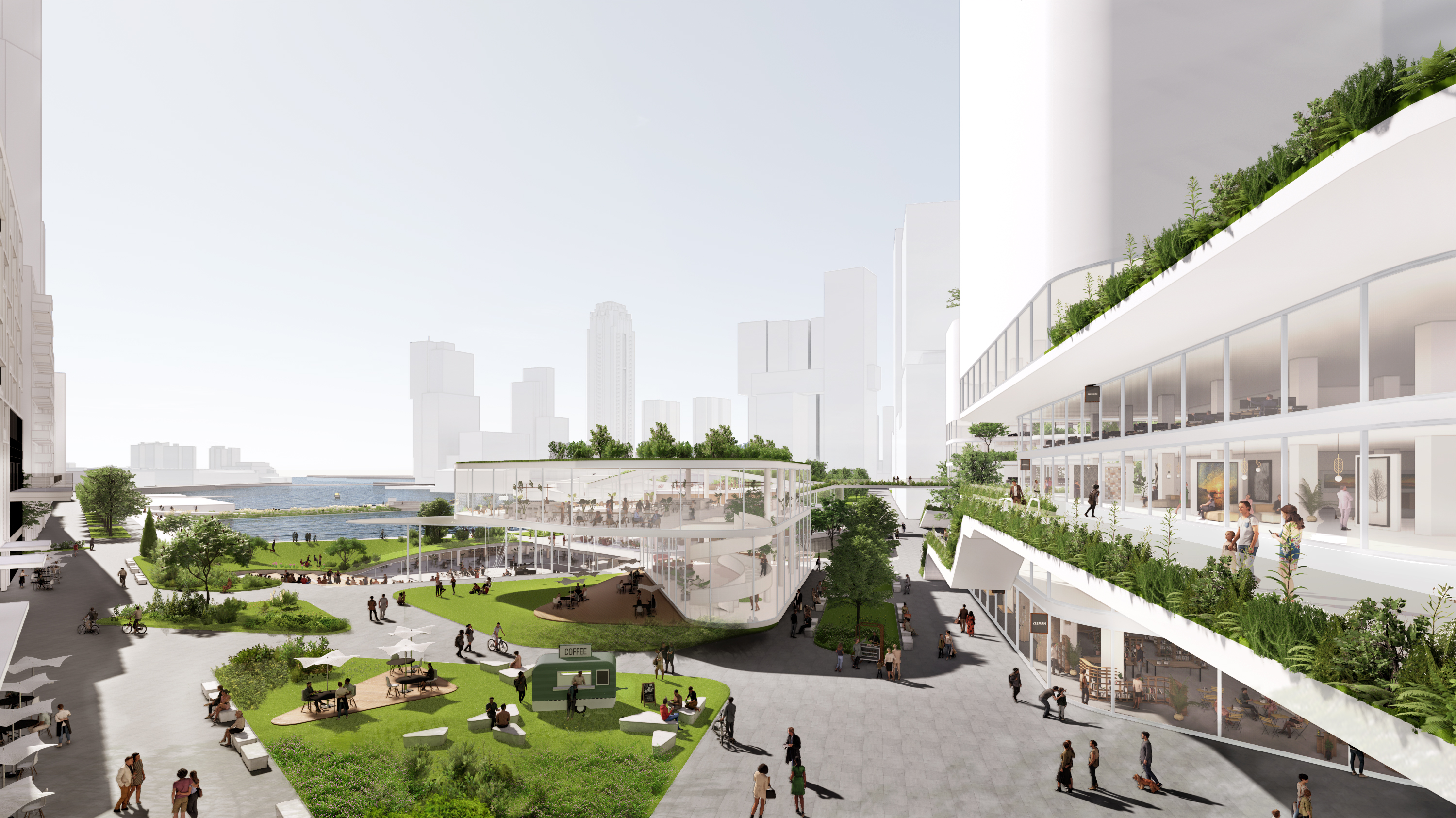 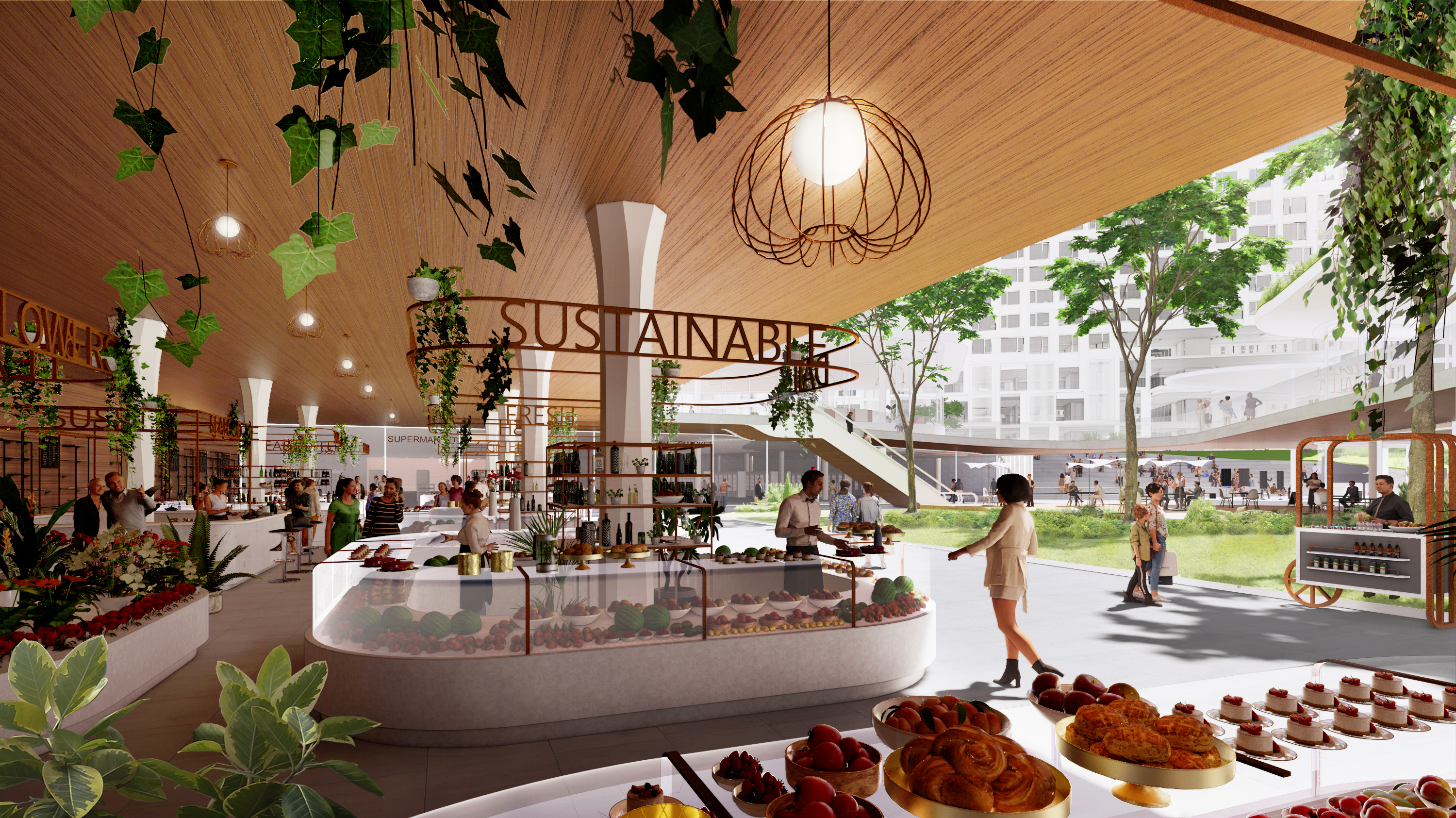 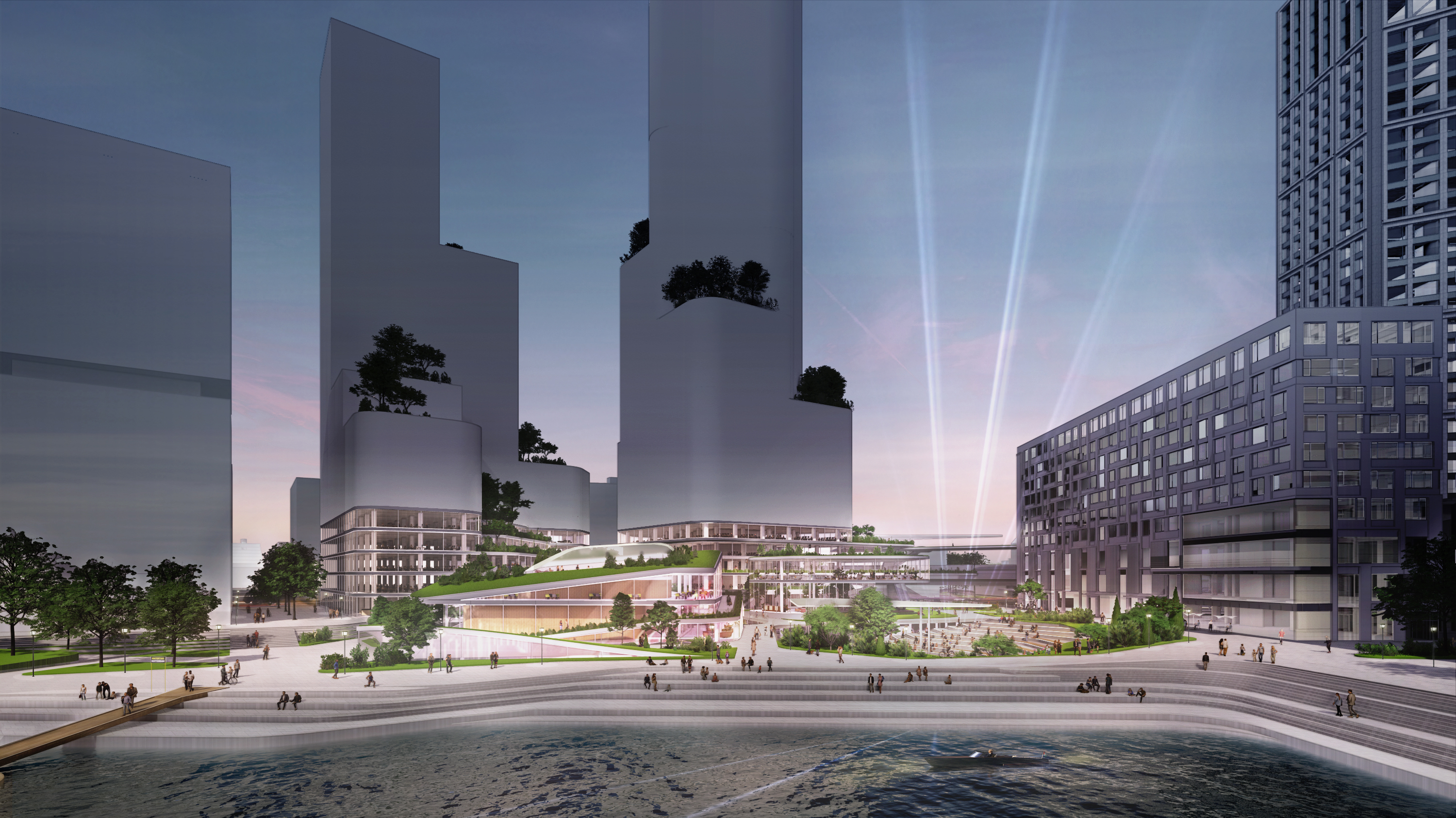 Rijnhaven is a high-density development project that has the ambition of creating an additional 2000-2500 homes in the city. The masterplan from the government for the area followed a rather simplistic design with closed perimeter blocks fused with high-rise towers. The public realm was limited to the activated plinth on the ground floor and a public park made up out of the leftover spaces around these residential tower blocks. Rather than making such oversimplified, monofunctional residual spaces as public spaces, the intention of the design was to intentionally introduce complexity and diversity into the public spaces.

For this purpose, one of the closed blocks in the masterplan was opened up to improve permeability and connectivity into the development area from the surrounding districts. Furthermore, pedestrian connections were introduced at different levels – both above and below ground to access the diversely distributed cultural and commercial programs. Built forms protrude or sink within the landscape to create flexible spaces for different activities according to the different times of the day and the year. By sinking the landscape, the existing depth of the Rijnhaven basin is optimally used, whereas the planned park on the ground level is allowed to continue. The adjacent Metro station was expanded and integrated into the public space and also spatially connected the development to the nearby working-class, multi-ethnic neighborhood. Indigenous species of vegetation were preferred over exotic ones and new green connections were established with the surrounding neighborhoods to develop ecological corridors.

Thus, by deliberately introducing this visual, spatial, temporal, and connective complexity into the public spaces, the design integrates the development into the fabric of the existing city and allow it to evolve organically in response to the changes over time.