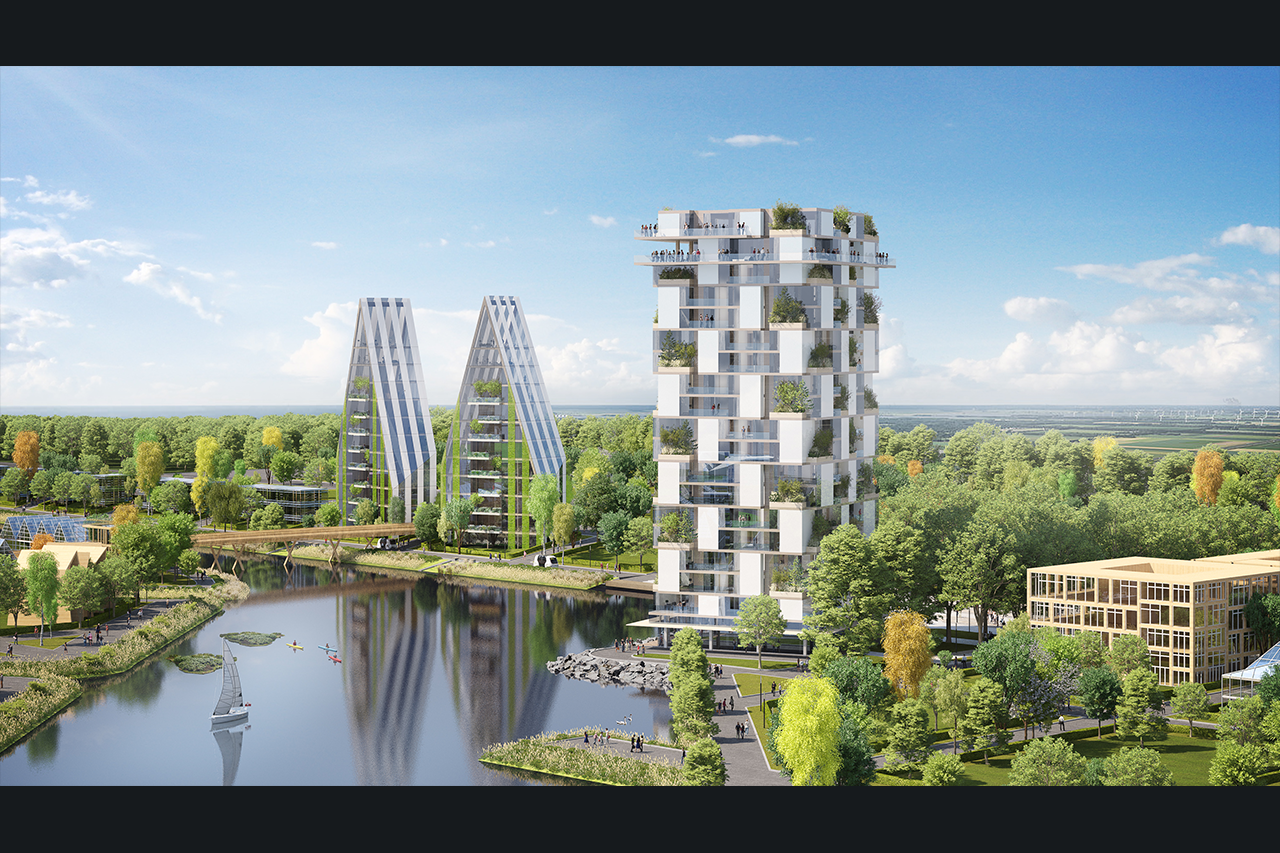 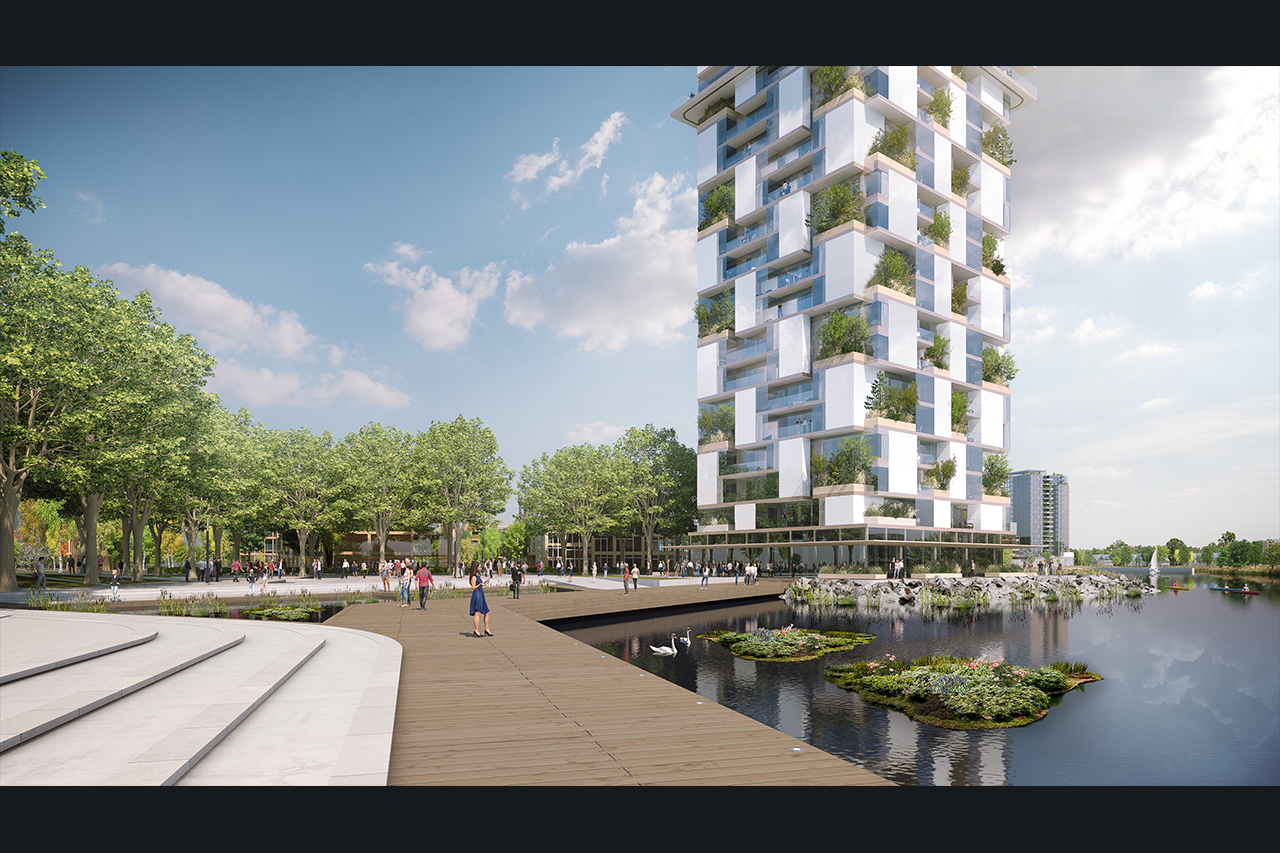 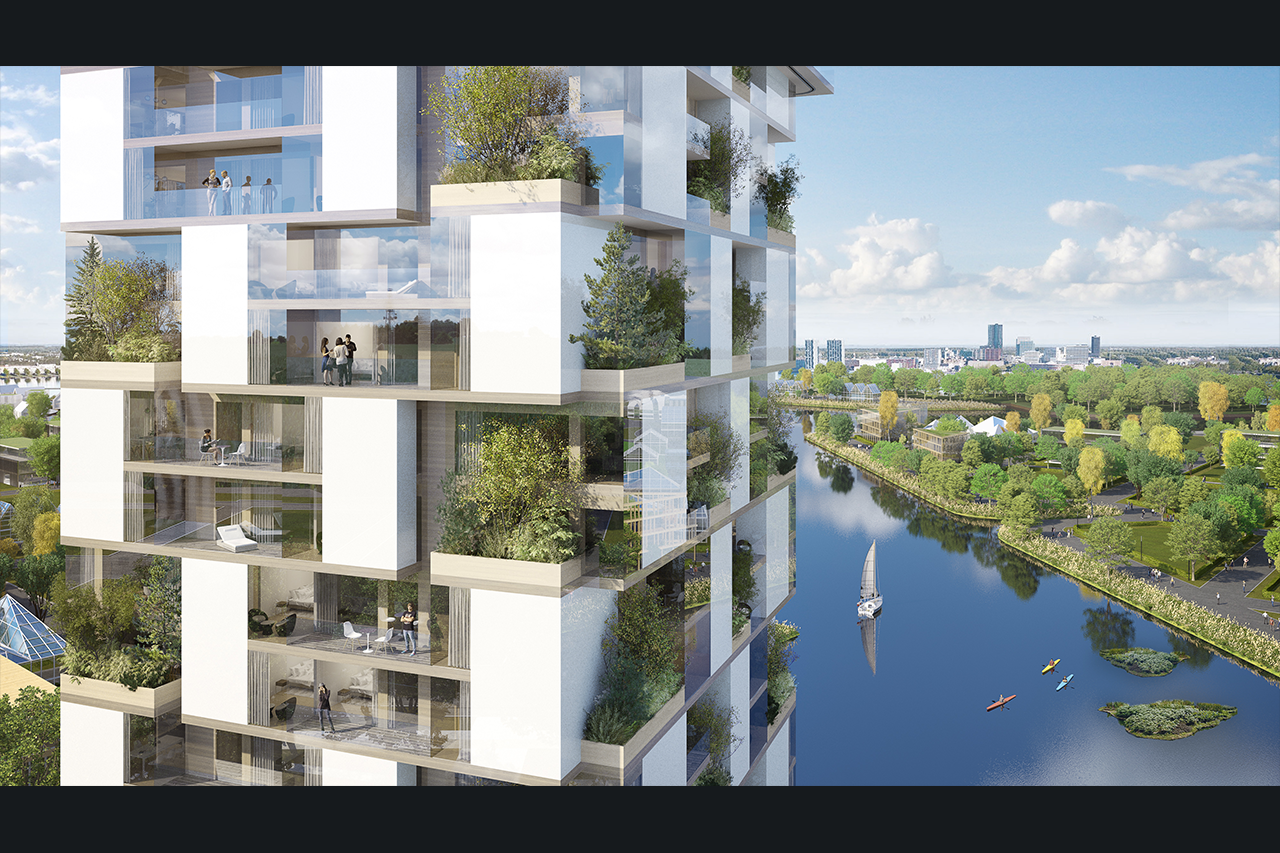 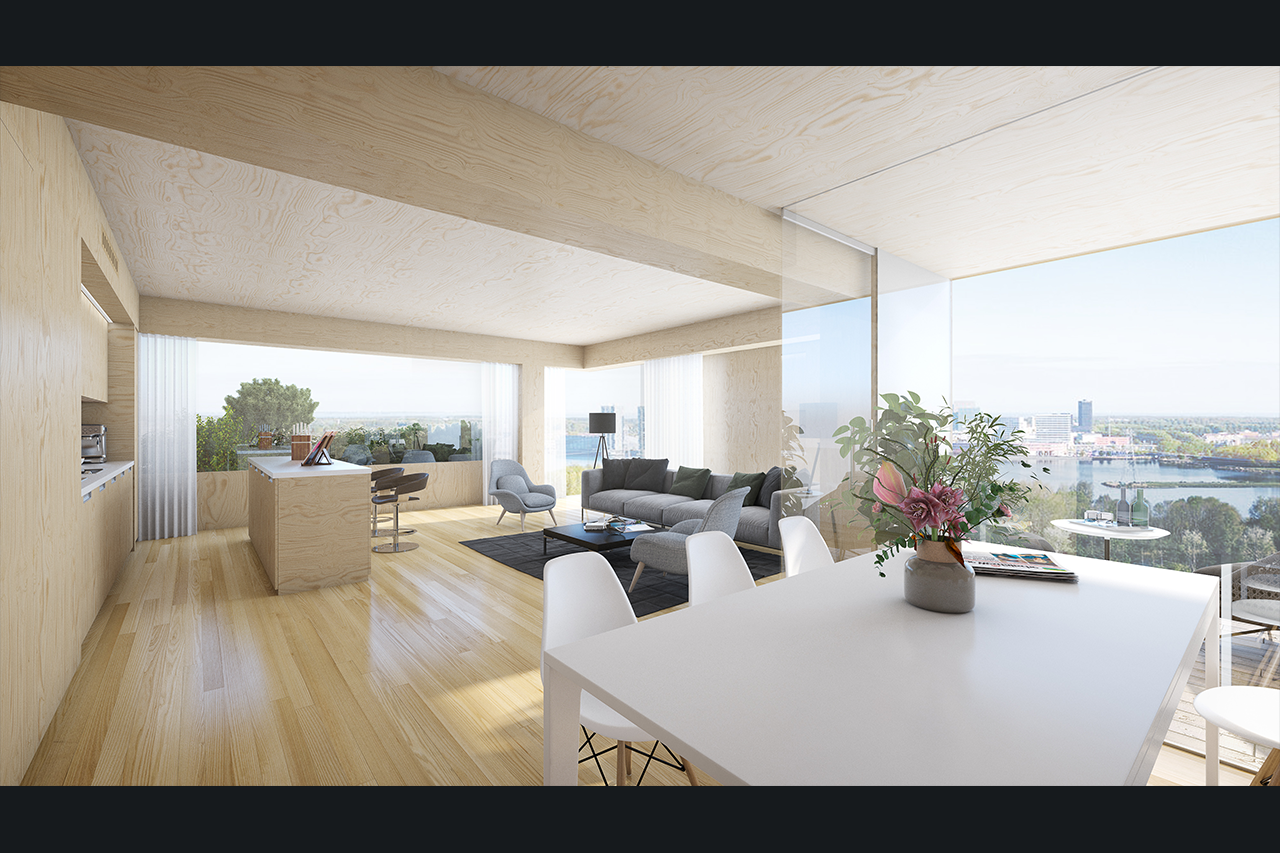 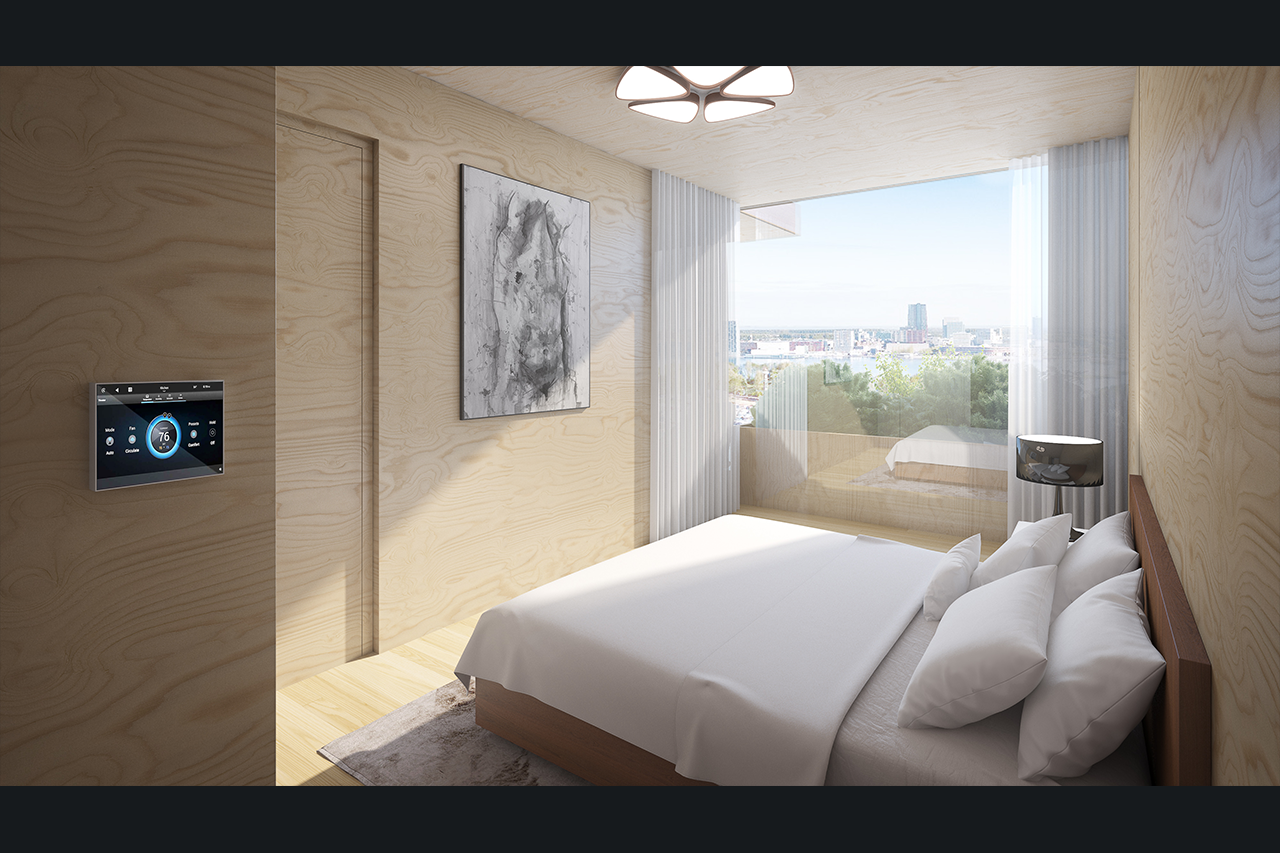 The Dutch city of Almere has appointed the team of Design Erick van Egeraat and Amvest as the exclusive partner for the realization of the Floriade area and district as the result of a European tender in December 2018. The area will become a truly green, sustainable and circular city district.

The Floriade is the Dutch horticultural exhibition held every 10 years and, traditionally, houses structures that incorporate and showcase sustainable values of the time. Temporary structures are dismantled at the end of the 6-month exhibition, only a couple of main buildings remain, as a testament. For the 7th edition, Erick van Egeraat proposes to go even further. For the district to retain its value and success, it would make sense to introduce a mix of residential development, creating the foundation for the first truly sustainable Dutch neighborhood.

The focal point would be the tallest wooden structure in the Netherlands, a sustainable residential tower next to the main square of the Floriade terrain. Its floor plans are designed around a central and modular service core, which can be prefabricated off-site and installed on-site. Rapid on-site assembly is favored by the proposed way of construction, which also reduces building costs. Each floor houses 4 corner apartments that receive light from either east, south or west. 40% is actually windowed, the other 60% is fitted with opaque glass panels, creating the illusion of a pixelated façade. In the recesses between pixels, apartments have either a balcony with a grand plater, or a loggia. The total composition resulting in a playful landmark for the Floriade.

The ground floor houses a restaurant and exhibition pavilion, which serves the Floriade visitors, as well as the residents that will populate the district once full occupancy has been reached. From this tower, and the adjacent square, visitors and resident make use of the cars and buses that will bring them anywhere in the district, make their way to the edges of the Floriade terrain or the commercial center and underground parking for gasoline cars.