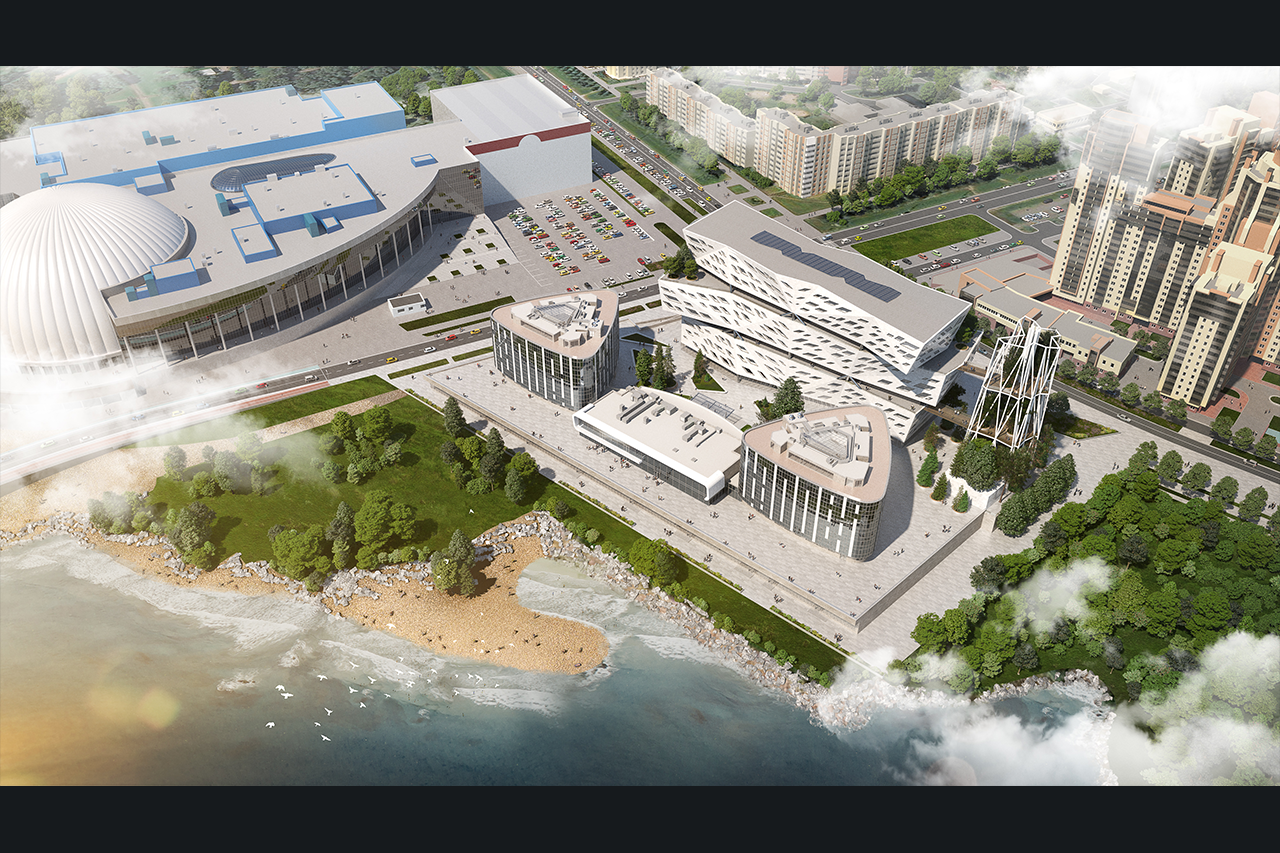 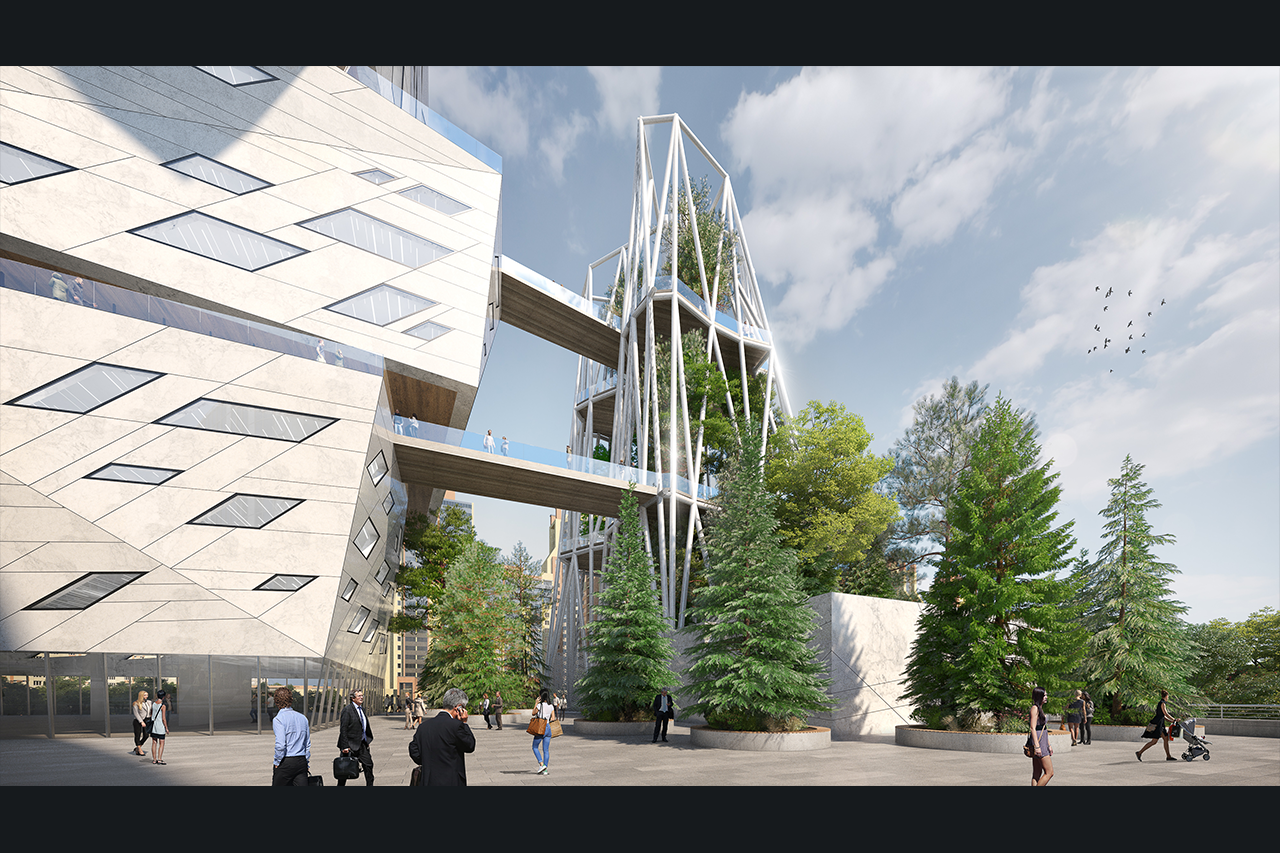 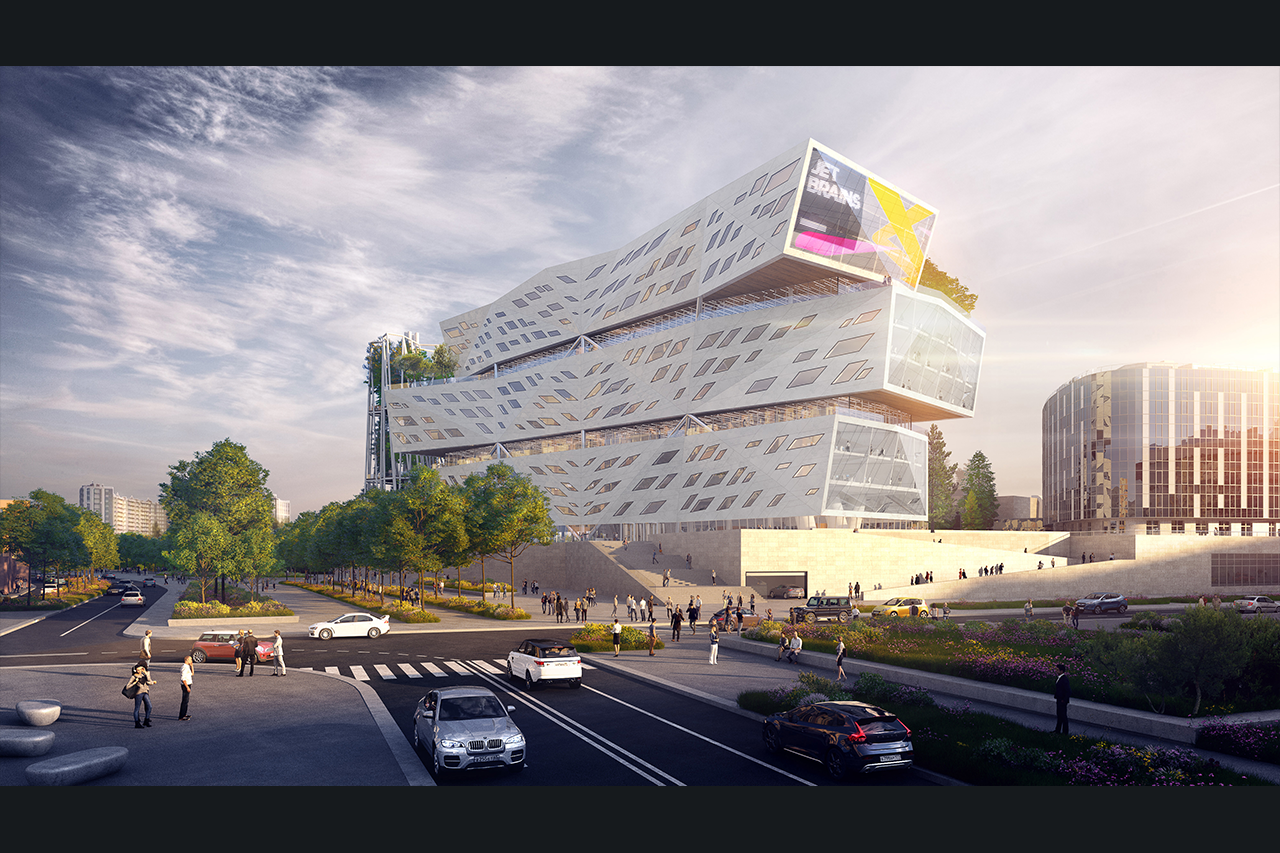 The proposed new office building for the JetBrains Company aims to accommodate 1000-1200 people in addition to an existing office complex on the same The atrium-style set up of these existing buildings, combined with the well-equipped cellular offices and auxiliary spaces, provides a well-balanced and highly appreciated working environment which allows staff both to concentrate and to interact with each other in a diverse and inspiring way. The design intent for the new extension has been focused on handling this transition with an emphasis on a maximum of comfort for its users and at the same time providing an intriguing relationship with the existing built environment.

The existing structure consists of two identical triangular volumes that caters for 300 people each. Both volumes, as well as the connecting central part, are positioned on a  slightly oversized stylobate podium structure Since the present users are habituated to work in office spaces of such numbers, the proposed design looks at ways to replicate similar sized volumes and number of users, while in its overall appearance defining a new and inspiring intervention into the context of the project’s site.

The individual bars of three combined floors are twisted subtly between each other to create outdoor terraces and common recreational areas at different levels, as well as to hinder the formation of massive atriums across the whole height of the building. Each of these bars are further separated with multipurpose floors that house additional work-meeting-spaces and places for recreational and leisure activities. Contrary to the office floors, these spaces are configured in a more open plan setting, with a focus on the exterior terraces and its views. Additional to the main new volume, the partially existing and newly planned Energy Centre and its fifty meter plus chimney is transformed into a sculptural stilt structure. This structure is made accessible through bridges at different levels from the new building, which allows the structure both functionally and aesthetically to assimilate well with the main volume.